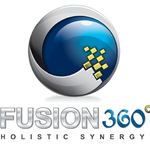 The company has been established for 5+ years as a combination of 2 separate specialist companies (Web Development & SEO). This allows us to offer a unique product that includes not only compelling website designs, but also targeted and optimised sites that generate profit.

If you have any questions then please do not hesitate to contact us via PPH.