How is Brexit going to affect me personally? This is the question on many people’s minds as the uncertainty and unpredictability of Brexit continues. As Europe’s leading freelance marketplace, PeoplePerHour is here to bring you the latest advice on how Brexit may affect the freelance population. In our latest guide, we focus on Brexit for freelance graphic designers; will the UK’s exit from Europe on March 29th have an impact on your freelance design career? Let’s take a closer look.

Understandably, one of the key concerns around Brexit is how it will affect the recruitment budgets within different industries. Is the demand for talent going to drop as companies tighten their purse strings amidst the chaos? Will they turn even further towards freelancers as an alternative option to the commitment of hiring permanent employees? In reality, at this stage, no one can definitively say how it will look after March 29th, but we can look at some of the key predictions.

Could freelancers benefit in the uncertainty created through Brexit? Over the past 15 years, we have observed the trend of more and more businesses – small or large – turning to freelancers, particularly in graphic design. There is certainly reasonable information available to suggest that the uncertainty around Brexit will only increase organisations’ reliance on freelancers as they offer a risk-free option to complete a project.

Another factor to consider for recruitment is the creative talent that will be leaving the UK, either to return to their home country or simply to move back inside the EU’s borders. There is a possibility that we could see a talent shortage in this area, which could be another reason for companies to look to freelancers if they can’t find the permanent talent they require. However, with the abundance of talent in the UK design sector, it would have to be a huge shift to create a talent shortage. Unless we were to see a no deal situation crop up, it’s unlikely that there would be an instant impact on the available resource.

What are the potential worries that could face freelance designers? Unfortunately, when budgets get cut, it’s often the marketing department that suffers first. This would naturally have a knock-on effect on the creative industry in the UK and thus, there could be less investment in graphic designers. Alongside this, many freelancers work with companies inside the EU and there is a legitimate concern that EU organisations would look to freelancers within the Union for administrative simplicity. Despite this, as mentioned before, the UK’s excellent reputation for design and the high quality of education available would potentially outweigh administrative hurdles.

Freelancers are, by definition, free. This offers the advantages of taking work in multiple countries for the right opportunities. For workers inside the EU, this couldn’t be a simpler process. There are no visas required and few administrative barriers to overcome in order to work for an EU business. Clearly, the changes that Brexit will cause is a major concern for freelancers who are working across different countries in the EU.

IPSE (the Association of Independent Professionals and the Self Employed) has made its stance clear.

“Single market access and the free movement of skilled professionals across the EU should be prioritised by the government in negotiations.”

It would certainly be a positive step for the creative industry if free movement was retained. There have even been campaigns such as FreeMoveCreate set-up to ensure the free movement of creative workers after Brexit if it is not possible for everyone. Deborah Annetts, CEO of FreeMoveCreate has said:

“Our prosperous creative industries and their artists – musicians, dancers, artists, designers – rely on freedom of movement for work. If this is to end, the government must ensure that the creative industries continue to maintain free movement rights or establish a two-year multi-entry visa for British creative professionals working in the EU27 [countries].”

However, while this makes sense for freelance designers, immigration was a key sticking point during the Brexit referendum. Therefore it seems unlikely that the UK would consider maintaining free movement in any deal. At this moment in time, there has been no suggestion that there will be visa leniencies for those in creative industries.

Removing free movement will, unfortunately, have an undoubted negative impact on the industry and could threaten the UK’s status as a leader in design. It’s possible that EU companies will look for freelance and permanent designers based in EU countries after 31st December 2020.

Another area that has raised questions in the Brexit process is how it will affect VAT charges between the UK and the EU. If the UK leaves the EU with a deal in place, then it is expected that the current rates of VAT and the way they are charged will stay similar to how they are currently.

As with any subject, the concern heightens if the UK were to leave with no deal in place.  Theoretically, the government could then vastly change its VAT rules. However, the UK government has been reassuring that in the case of a ‘no deal’ Brexit, they would not look to increase VAT charges on goods and services. They have also suggested that the rules around ‘place of supply’ would broadly stay the same as well.

“For UK businesses supplying digital services to non-business customers in the EU the ‘place of supply’ will continue to be where the customer resides. The VAT on services will be due in the EU Member State within which your customer is a resident.”

At this moment in time, it doesn’t look like there will be a huge impact on taxation for UK freelance designers which is good news. To stay up to date with the latest regulations as they continue to develop, keep an eye on our Brexit news page.

Impact on Intellectual Property and Copyright

As it stands, designs that are created in the UK are protected by both UK and EU design laws. This includes unregistered (automatic) and registered (must be applied for) design rights. Within the UK, unregistered design rights last for 15 years, while in the EU they are only protected for 3 years. That means that currently – with the UK being part of the EU – designs are automatically protected with unregistered rights here and in the 27 EU member countries.

These rights will continue to be protected during Britain’s transition period. However, after December 2020 – when the transition ends – the protection of these images will disappear across EU countries for unregistered designs.

What about designs already registered under EU law? If this is the case for you, you don’t need to do anything. The government has confirmed that the transfer to the new UK rights will be done automatically and at no cost to the designer. Unfortunately, this does mean that these images will no longer be protected under EU law though.

Whilst it’s clear that Brexit will have an impact on intellectual property and copyrights in the EU, the process of transferring over should be automatic and pain-free.

No Deal Brexit: What It Means For The Freelancers Of The Creative Industry

How likely is a no deal Brexit? As far as the UK government is concerned, they’ve made it clear that delivering a deal with the EU is their top priority. However, this is not a guarantee, so although unlikely, it is important to assess the implications of a no deal Brexit.

In the event of this, the predictability of the effect on creative freelancers is much more difficult. With a no deal Brexit, the transition period for Britain to leave the EU would disappear and it will face a “cliff edge” situation where the UK will leave the EU on 30th March. Almost everyone is agreed that this would be a much worse option, even more so than a deal that made no exceptions for the creative industry.

In a survey by the Creative Industries Federation, 21% of creative businesses said they would consider moving abroad in the event of no deal. This, alongside government figures showing that 45% of the creative UK services exports go to the EU is worrying.

Designers working with organisations based in the EU should be most worried by this eventuality. Unfortunately, won’t know the full extent of the implications of a no deal Brexit until it happens. The best thing to do is to prepare yourself for this situation. A couple of ways of doing this is to start by looking into EU design qualifications – the UK qualifications could no longer be recognised – and assessing your current client base to see how a no deal Brexit could affect them.

While waters are still very muddy and no-one has a crystal ball to see into the future, it’s very clear that post-Brexit world will look and feel very different from the one we have now.

PeoplePerHour released a series of Brexit guides to advise and support the freelance market. Take a read to help get yourself prepared. 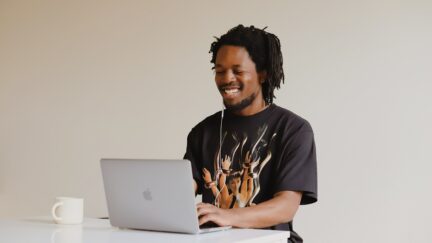 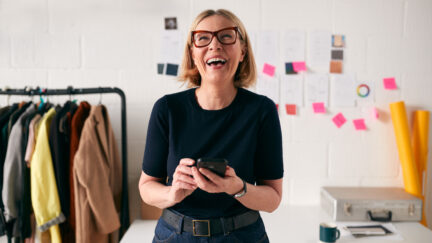 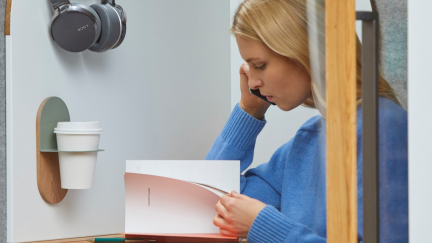