What you should know about hiring a freelance Sound Engineer

Freelance sound engineers are one of the most versatile talents out there.

Are you in need of a technical music specialist to help you master or perfect a piece of music that is integral to your upcoming advertising campaign? Are you overseeing an event for entertainment or business purposes that needs an audio specialist to ensure everything is heard loud and clear? Then you must have considered hiring a freelance sound engineer at some point. If not, then there’s no time like the present!

Understanding the ins and outs of achieving good sound as well as detailed technical knowledge on a variety of audio equipment is a much sought-after skill. This has in turn meant a rise in supply and demand for freelance sound engineers in a highly dynamic market.

In this guide, we’ll take you through the steps require to hiring a freelance sound engineer, what their varying skillsets can help you achieve and what projects they can help you with.

But first of all…

What Do Freelance Sound Engineers Do, Exactly?

Sound engineers own their own space in the world of music and their skills and specialisms differ to those of a music producer for example (read here for more information on what producers do).

If we’re comparing the two from a high level, audio engineers generally work closer with musicians and producers on a more technical, hands on basis to ensure equipment is set up and aligned correctly to achieve the best sound possible. This includes cutting out any interference, hooking up equipment in a clear and cohesive way and generally ensuring a fully conducive recording environment.

Sound engineer tasks also include mixing, reproducing and generally fiddling with the equalisation and overall effects of sound. This is particularly prevalent when sound engineers are hired to work on the sound design and audio layering of conferences, theatre productions and music concerts. Sound engineers may also be hired to work on films, radio, television, sporting events and even video games. This encapsulates a whole range of musical instruments as well as equipment such as microphones and speakers to produce the best quality acoustics. They will also be in control of the sound mixing process and will take the helm behind large mixing desks when employed on concerts, conferences and theatrical performances for example.

As you can probably imagine, the role of a sound engineer is highly technical, and depending on the scale of the project, may also require a team of sound engineers under the direction of a senior sound engineer with the latter ultimately responsible for overall quality of sound.

Are There Different Types of Sound Engineer?

You’ve probably worked out by now that the role of the sound engineer extends into many different areas of the whole wider sound process. While your well-rounded sound engineer may be a generalist who can get involved in any given project, there also exists some specialisms within the wider bracket.

Responsible for the set up of amps, rigs, PA systems, speakers and more for the likes of bands and theatrical performances.

Who will likely specialise in working in music studios (surprise surprise!) and will work with music producers in refining the recording processes of music and sound effects.

Be it wired or wireless, these sound engineers specialise in wiring up the likes of actors in theatre productions, commentators in sports broadcasts or speakers at conferences.

More involved in the product development side of things, development audio engineers pioneer new technologies, sound and music software and techniques to push the sound industry forward in terms of innovation.

These types of sound engineers look after the sounds performers can hear on stage when they’re performing, be it bands or conference speakers. They communicate directly with the performers in question to ensure the sound optimum.

How to Hire a Freelance Sound Engineer

What experience do they have?

Pick their brains over the various different elements of sound engineer work we’ve outlined above. What is their theatre experience? Have they worked with video before? What amp models and equipment do they specialise in?

What techniques have they used previously?

Ask them to outline their approach and general techniques towards sound engineering. How would they approach a recording process in a music studio for example?

What are their influences?

A crucial part of the hiring process in order to ascertain the type of sound engineer you’re working with on a personal basis and what you can expect in terms of “brand” of sound, if that makes sense! Get them to fire off some examples of sound output they’re hold in high regard. This could be certain musical or theatrical performance, a movie, or an album.

Time is money, and the ability to prioritise and potentially manage teams and tasks should be high up on your own list of priorities. Getting sound engineering right is a careful and meticulous process, and things can go wrong and the unexpected can certainly unfold. Can they give examples of how they would handle difficult situations such as this?

Freelance sound engineers can be found all over the web with some maintaining their own individual sites, working for agencies or having profiles on marketplace sites much like PeoplePerHour. Take a look at some of our freelance sound engineer talent to get an idea of where you could start.

Once you’ve had a good initial conversion with a few candidates and they’ve answered some of the above questions, you should be able to get a good idea as to their experience, technical knowledge and whether they’re a good enough fit for project you have in question.

Following this, you can then begin to have the usual conversations over the key project elements like timelines, people and other stakeholders involved, renumeration and what the overall expectations of the project are.

You’ll then be well on the way to achieving that professional, high-quality level of sound you’ve always dreamt of for whatever your project is. 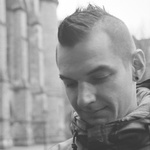 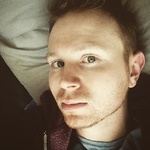 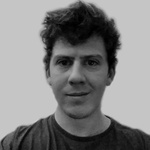 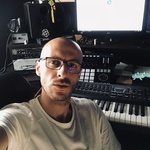 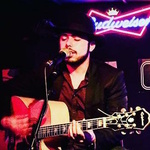 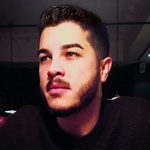 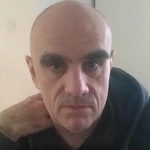 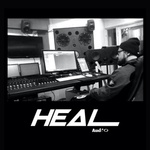 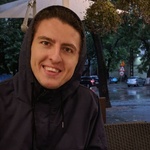 What does a freelance Music Producer do and when should I hire one?